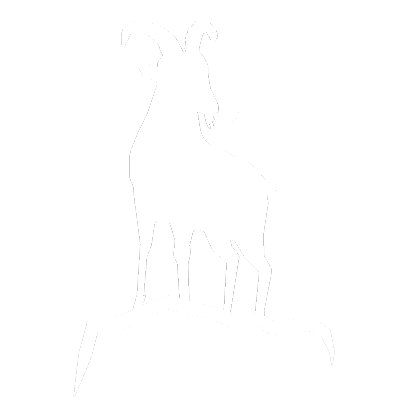 the most
stunning location

The history of Pennyghael estate

Inhabited since the iron age and possibly before, Pennyghael has a rich historical background.

WHAT's in a name?

It is most probable that the name Pennyghael means the Pennyland of the Gael, land being valued by the penny or fractions of a penny.

Our timeline below is courtesy of the Pennyghael in the Past Historical Archive (PPHA).

It is possible that communities were living on the island as early as this – there is evidence of Neolithic cairns at Burg on the Ardmeanach peninsula.

By the Iron Age, land had been worked by early farmers around the shores of Loch Scridain. There is a string of nine duns (forts) along both sides of the loch. Each would have protected a farming community. According to the Statistical Accounts of the area the Druids had a temple at Rossal, where they held their courts. There is no sign of the site now.

During the first century AD, the Norwegians and Danes began their raids, which undoubtedly affected the area ; Ormsaig and Scobul being two of the Norse names bequeathed to us.

King Colla da Crioch and 350 Scots clan chiefs from Ireland settled in the Western Isles. It is possible that Clan McGilvray made its appearance in Pennyghael at this time.

From the mid 1100s the powerful dynasty of Gaelic-Norse descent held sway, beginning with Somerled, who took the title of Lords of the Isles. The MacLeans of Duart came to hold much of the Church lands in Mull as tenant and vassal to the Abbot of Iona.

The Maclean of Duart controlled – among other areas in Mull and Morven - the pennyland of Burg; the six and a half pennylands of Ardmeanach; also Pennyghael, Pennycross, Killunaig, Beach, Glen Leidle, Carsaig, Finacheg & Glen Cannel.

Most of these lands remained occupied by and “in factory” to the McGilvrays as they had been for many years previously.

The MacDonalds, Lords of the Isles, lost their supremacy and land was now held on charter from the Scottish crown.

Archibald McIluray (c1510-1565) is the first to be named Laird of Pennyghael in official record.

A Neil McGilvray held Pennyghael on charter from Duart.

Bitter disputes took place between the MacLeans of Duart and their principal creditors the Campbells, Earls of Argyle. Brolass and other Church lands were fought over - except...

Blaeu’s map shows Gentlemen’s homes at both Pennyghael and Carsaig but it is doubtful if either of these old structures would have formed any part of the present houses, the central portions of which were probably built in the late 1770s.

Dr Alexander MacLean obtained Pennycross on the death of his father-in-law Alexander McGilvray. From this date he became MacLean of Pennycross.

Sir Allan MacLean brought an action against the Duke of Argyll for the recovery of the Duart lands. He recovered just the lands of Brolass.

Sir Allan MacLean's successors were bankrupt and the estates had to be sold. Money troubles were increasing for the McGilvrays of Pennyghael as with many of the landed proprietors of the time.

Hugh, the last landed McGilvray of Pennyghael, finally sold his estate, then including the "three farthing land of Pennyghael". His family went to live with his relative and main creditor, MacLean of Pennycross! The following year, Pennycross bought the estate from John McDougall of Lunga.

William MacGillivray of the North West Company, Montreal, Canada bought the estate from Archibald McLean, the second of Pennycross’s creditors! The estate comprised Pennyghael, Pennycross, Killunaig and 3 parcels at Torrans.

Before he was able to live at Pennyghael, William MacGillivray died in 1825, but he did set in train alterations to Pennyghael House and his daughters lived at Pennyghael for some time.

Donald Robertson purchased Pennyghael estate and it remained in his family until it was sold in 1920.

The estate, comprising of Torrans, Killunaig, Pennycross and Pennyghael, was purchased by Robert Simpson Pettigrew. The Pettigrews were responsible for adding the two wings to Pennyghael House.

Following the death of Mrs Pettigrew, the estate was sold to Harold Flower, who had been to the House as a visitor. The estate passed to the next two generations of the family, until it finally changed hands again in 1985.

Since the Second World War, individual houses and small parcels of land from this and other local estates have been sold off separately.

The present owners are Participatiemaatschappij Epsilon BV. The Estate now comprises the ancient farms of Beach, Torrans, Killunaig, Pennycross and Pennyghael, together with parts of Glen Leidle and Kinloch.

The three Pennyghael Estate self catering holiday houses are perfectly located for enjoying the Isle of Mull.

Sporting weeks or days throughout the season under our estate manager's expert guidance - a very special experience.